They're not keeping silent -- for the silenced

I was link-hopping and all set to do a "Around the world in 8 headlines" kind of post, all pertaining to culture of life news -- but really more like culture of death since most of the news items I was seeing were astonishingly about cases of people with no terminal illness being euthanized, laws being changed to accommodate suicide as a form of medical treatment (!), Planned Parenthood cutting back on health care to devote more resources to abortion, and other such updates. It is a crazy world.

Who wants to read about such atrocious developments? Not me, and at least not today. Dwelling on the dwindling moral sanity in other parts of the world can wait. Right now, what I have below are short videos that I find fun to watch as they let me hear what young dudes in America have to say about the issues surrounding what's being marked every year in Washington DC around January 22. I must say it is refreshing to listen to these mostly teens and twentysomethings express their thoughts on such a vital issue.

The first and second video culled interviews and footage from the March for Life in 2011 and 2012 (and perhaps previous years), while the last one, titled A Nation Rises - March for Life, was made to make people today realize the irony in the US President's words as they relate to the wholesale killing of unborn children -- and to urge more Americans to stand up for life and freedom and to take part in the upcoming March for Life.


Can't ever forget those words uttered by Fr. Frank Pavone, National Director of Priests for Life:

"We don't adapt to injustice; we oppose it."

* March for Life 2013, which marks 40 years since the Roe vs. Wade decision, takes place on January 25, with loads of other activities on the days before and after it (see the link). Walk for Life West Coast -- another annual event -- happens on January 26. 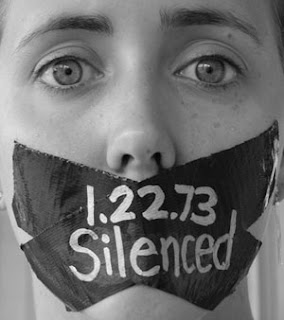